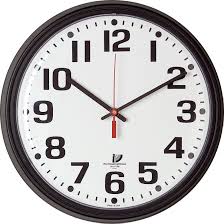 Sunday night I took my family to dinner at Max Brenner’s in Philadelphia.  It was my son’s birthday and the restaurant is a sort of hybrid of a burger place and Willy Wonka’s factory. You have dinner first, but the real draw is the gigantic dessert menu.

The place was full but we were seated promptly at our 6PM reservation time.

The waitress greeted us and took our orders a short time after delivering drinks.

As the dinners arrived one by one I was left without mine.  I encouraged my tablemates to eat and not let their food get cold on account of me.

I wasn’t upset or bothered by it.  I told myself there must be a reason.

One of my party started to get more frustrated than I was and called over the waitress who was clearly embarrassed and stressed out by the situation.  I reaffirmed that it was no big deal.

A couple of minutes later my food arrived with the manager who was apologetic.  He seemed comforted when I told him that I have worked in a restaurant before and “these things sometimes happen”.

I didn’t complain or make a scene.  I tried to think of the problem from the restaurant point of view.  This gave me a calmness that I didn’t have years ago.

As the bill arrived with the manager he genuinely seemed to appreciate my attitude throughout and took my dinner as well as a desert off the bill.

I would like to think that the way I handled the problem made this happen.

Years ago I may have demanded action and given the manager a hard time. My more evolved  approach saved me $40 off the bill.

I still tipped the waitress on the full amount.

I didn’t starve waiting an extra 7 minutes for my meal.

Sometimes when things go badly for us we want to lash out or play the customer card.

Just consider they the other side may be doing their best, and there is probably a good reason.